When you book with an account, you will be able to track your payment status, track the confirmation and you can also rate the tour after you finished the tour.
Sign Up
235

Train enthusiasts, you’re in luck.  Colorado has a rich history of railroads spurred by the gold rushes of the late 1800’s.  While much of the great rails that ran through the mountains are no longer running, a few historic rails have been saved or rebuilt for posterity (and tourism).  This day tour provides an opportunity to ride trains, photograph trains and learn a great deal about the history of the Colorado railroads.

Train buffs from all parts of the world LOVE this museum.  It is outdoors with over 100 locomotives, freight cars, passenger cars and cabooses; many of which you can climb on/in. Since the train displays are outside on large grounds, there is opportunity for truly excellent photographs.

Ride the Train: Train rides every Saturday. Catch a ride behind one of the Museum’s steam or diesel locomotives in passenger cars from different eras in Colorado railroad history or on the uniquely Colorado Galloping Goose. Rides operate 10:00AM to 4:00PM.

Even if you were not able to ride a train at the museum, that’s ok.  We have an even better train ride available every day of the week in the Georgetown Loop Railway.  The ride itself is an opportunity to relive history and have some real fun.  It’s also a great opportunity for photography of the surrounding canyon from the open top cars.  Maybe you want photos of the train itself, we will do that too.  We can hike up the track through the woods allowing us to capture unique images of the train as it makes its way up and down the route.

About the Train: The Georgetown Loop Railroad® was one of Colorado’s first visitor attractions. Completed in 1884, this spectacular stretch of three-foot narrow gauge railroad was considered an engineering marvel for its time. Today, the Loop is once again a popular tourist attraction and an exceptional way to see the Clear Creek Valley.

THREE MILES OF MARVELOUS ADVENTURE
The Loop takes you between Georgetown and Silver Plume, over 2 miles apart. The tracks scale an elevation of 640 feet over mountainous terrain, requiring trestles, cuts, fills, loops, and curves totaling 3.1 miles of narrow gauge track.

AN ENGINEERING FEAT FOR ITS TIME
The once-thriving mining towns of Georgetown and Silver Plume lie two miles apart in a steep, narrow mountain canyon. To connect the two, the railroad’s builders designed a “corkscrew” route that traveled twice the distance, slowly gaining more than 600 feet in elevation. The route included horseshoe curves, grades of up to 4% and four bridges across Clear Creek, including the massive Devil’s Gate High Bridge.

Located in the high country mountains in the historic town of Leadville (the highest incorporated city in North America), this open air train offers us 2 1/2 hours of sightseeing and photography in areas we can not reach by car.

The train reaches elevations 1,000 ft. above the headwaters of the Arkansas River Valley providing views of Freemont Pass and the two tallest peaks in Colorado, Mt. Massive and Mt. Elbert. We will pass through mountain forests and high alpine meadows.  In the fall the aspen groves will display their rich “Aspen Gold” colors providing incredible photo opportunities. This destination can be integrated with a visit to the restored town of South Park (instead of the Golden Rail Museum, if desired).

Turn Your Tour Into a Vacation!
Visit "Custom Tours" page.

We only offer private custom tours.

Pickup from: Your Hotel
(Meet in Golden, CO for up to 1hr. extra time at the destinations).

Pickup and Drop-off times vary depending on the client’s scheduling needs and the destination.  This will be decided during the booking process with the help of your guide. 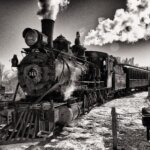 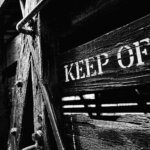 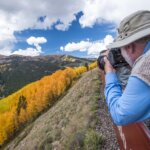 Learn more about tours and lodgings.

Got questions? We have answers.Our growing list of Q&A's come directly from our clients. If you do not find the answer you are looking for, be sure to send us an email and we will answer you ASAP.
VISIT FAQ's
Read More
3 travellers are considering this tour right now!