When you book with an account, you will be able to track your payment status, track the confirmation and you can also rate the tour after you finished the tour.
Sign Up
410

Chinns Lake is actually two lakes, an upper and lower connected by a small cascade.  The area is lush relative to the rocky peaks that surround the basin.   Hidden within the rocks is a small “city” of Yellow Bellied Marmot.  You will hear them chirping often.  Most likely you’ll see them as well as they enjoy basking in the sunlight especially atop large boulders.

When the winds are still the lake becomes a spectacular mirror of the snow capped peaks above.

Video from this location 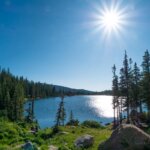 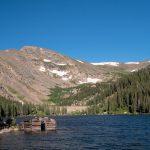 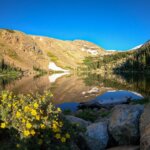